A Game Neither Team Can Afford To Lose

The title says it all, neither team can afford to lose at VC Mitchell Park on Saturday afternoon, in game two of round thirteen of the Dale Alcock Homes South West, SWFL Premiership season.

The home team took three quarters to get to the lead against the plucky Eagles last Sunday, while the Lions have probably only just dried out after a very wet and windy loss to the Tigers last Saturday.

Donnybrook, courtesy of Eaton Boomers losing, have moved into fifth place on the premiership table, but it won’t be lost on the Dons, that it will only be temporary if they lose on Saturday to Harvey Brunswick Leschenault.  In round two, after trailing at half time, the Dons would keep the Lions scoreless in the second half to win by twenty points in a low scoring affair at Brunswick.

Brendan Tingey, Ben Ablett and Reid Kinninmont continue to be in good form for the Lions and will be key to the visitors hopes on Saturday, while they will also have to find a way to shut down Jeff Smith and Zac Trigwell who have kicked 47 goals between them, including 13 in the last two weeks.    Despite being goal-less last week on a day not conducive for forwards, Jarrod Humphries also will provide fire power at the other end for the Lions, having kicked 15 goals in three weeks leading into last weeks loss.

If Donnybrook were to lose to HBL, they could be deposed by Harvey Bulls should they beat Collie Eagles, while a win would keep them a game clear of the chasing pack.  Should the Lions cause a mini upset, they could be within two points of fifth place and be anywhere from sixth to ninth on the ladder based on other results. 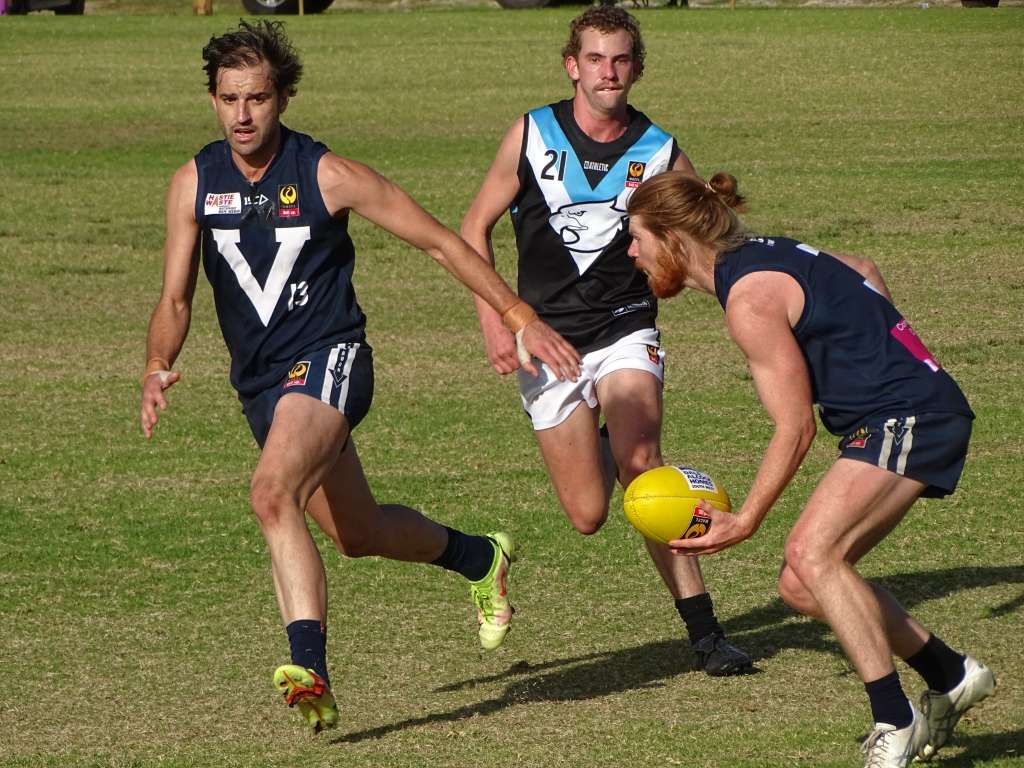 Donnybrook Captain Cody Miller (13) will be a key player on Saturday for the Dons. Photo courtesy of Faye Golding.